What Is a Computer Worm & What Can it Do? 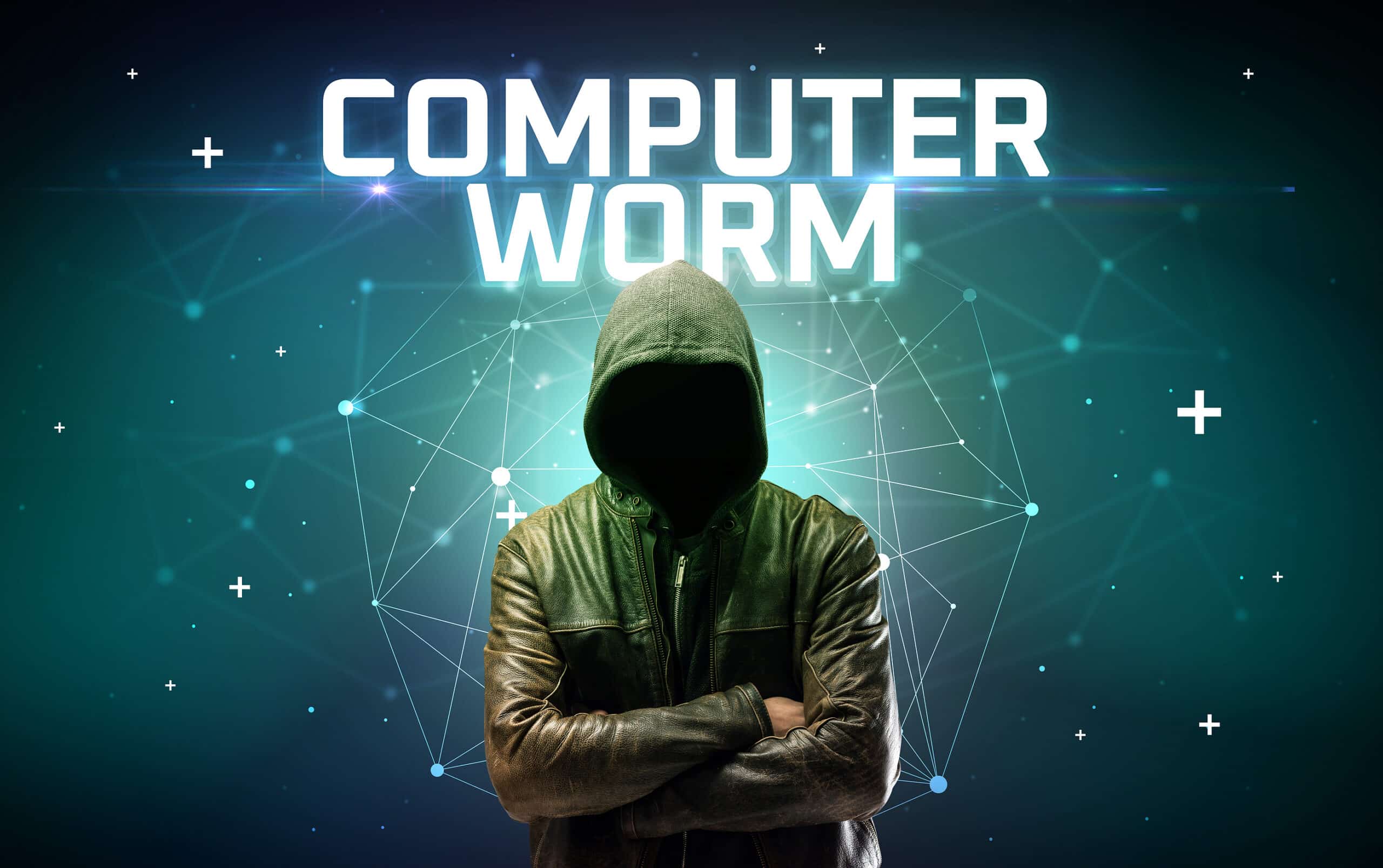 There are many ways that a computer can be attacked. Most are referred to under the general term “malware,” but there are distinct differences in the types of malware that can infect a system.

A virus is one type, ransomware is another, and yet another that’s dangerous to get is a worm. When planning your cybersecurity strategy it’s important to know about the different types of malware so you can properly defend against them.

A worm is a type of malware that’s designed to create and spread copies of itself from one computer to another. It takes advantage of vulnerabilities in software and other security weaknesses. Once a PC is infected with a worm, that host computer scans network connections for any other PCs it can infect.

Once it infects another computer on a network, it then does the same on that computer – scanning and infecting as many devices as possible.

Worms Don’t Need to Be Attached to a Software Program

Recursive defined: “of, relating to, or constituting a procedure that can repeat itself indefinitely.”

Once the worm is inside a system, no human intervention is needed for the worm to quickly infect multiple devices on a network.

The Network Is Impacted

Some forms of malware only harm the computer infected. With a worm, the network will also sustain some type of harm because it’s the main conduit for the worm to spread and grow.

For example, if infected with a worm, you may notice strange excess bandwidth consumption.

How Do You Get a Worm?

What Can a Worm Do?

Some worms are simply designed to replicate and spread throughout a network. The main purpose is to cause network congestion and slow devices down as resources are used by the worm to replicate itself over and over again.

Worms can also be used to install a back door in a system that a hacker can use to steal data or gain control over a PC without the owner’s knowledge.

Modifying and deleting files is another thing that a worm can be programmed to do. This, coupled with its ability to replicate rapidly, can have files throughout a company wiped out in record time.

One of the most famous worm attacks is the ILOVEYOU worm, also known as the “Love Bug.” This worm infected over 10 million Windows PCs beginning May 5, 2000.

The malware spread through email, using a malicious file attachment which was one common to the Windows file system (.vbs). ILOVEYOU damaged the infected PCs by overwriting random file types, such as Office files, images, and audio files. It then accessed the user’s Windows Address Book in Outlook to send itself to other people.

SQL Slammer was another famous worm, first causing major network traffic spikes in January of 2003. It caused Continental Airlines to cancel flights due to its servers being inaccessible and caused similar network problems for Microsoft and Bank of America, whose ATMs were largely put out of commission for a time during the attack.

How Do I Know If My Computer Has a Worm?

One of the functions of a worm can be to delete files and to create new and infected files.

So, if you notice files suddenly disappearing from your PC or see files that you never created yourself, this could be an indication of worm infection and it should be checked out immediately.

Because worms replicate themselves multiple times, they take up hard drive space on a computer. If you notice your storage space being consumed and you haven’t been doing anything to cause it yourself, this could point to worm infection.

Many things can cause a computer to slow down, and one of these is a worm. If you see a sudden issue with programs crashing or your computer freezing up when it shouldn’t be, it could be a worm that’s using up all your processing power.

Worms use a computer network as a superhighway to travel to other devices and continue replicating themselves. You can imagine how a network would become congested if you had two, then five, then ten computers at your office all trying to seek out other devices connected to a network at the same time.

If you are experiencing issues connecting to an on-premises server or widespread network outages or slowdowns, it could be a worm causing this.

Get Help Removing Worms & Other Malware